Obert Chaurura Gutu studied for his Bachelor of Law and  Bachelor of Laws degrees at the University of Zimbabwe between the period 1982 to 1986.  In 2011 he submitted a Masters of Philosophy degree thesis specialising on the Constitutional amendments in Zimbabwe between the period 1980 to the year 2000.   He is the senior and founding partner at Gutu and Chikowero Law Firm; a law firm that he founded in October 1990.  Before that, he was a Public Prosecutor whose main responsibilities included perusing crime dockets from the Police, liaising with Police Investigating Officers, interviewing State witnesses and prosecuting in Court.  He prosecuted at both the Harare Magistrates’ Court and Mbare Magistrates’ Court between the period 1985 to 1987.  In July 1987, he joined one of the largest black-owned Law Firms, Chirunda, Chihambakwe and Partners as a Professional Assistant.  He was mainly responsible for researching, preparing letters and pleadings and representing clients in Labour Courts, Magistrates Courts and all the superior Courts.

After founding his own legal practice in October 1990, he was able to manage the law practice successfully and this largely contributed to the decision making that led to the success of the practice.  From 2004 up to 2020, he has been engaged by the World Bank’s Doing Business Project whose main responsibility has been to prepare and submit Annual Reports to the Monitoring and Analysis Unit Investment Climate Department.  Between the period 2016 to 2020,  has also carried out research on human rights, debt and social justice issues.  On several occasions, he has been invited by local and international organisations to present papers at workshops, conferences and seminars.  He has presented papers at workshops and seminars organised by Transparency International Zimbabwe Chapter, AFRODAD and the Zimbabwe Coalition on Debt and Development (ZIMCODD).  He has also been engaged by Professor Cephas Lumina, a United Nations Independent Expert on Human Rights to present papers in Addis Ababa, Ethiopia as well as in Geneva, Switzerland as one of the key experts for the United Nations Commission for Human Rights (UNCHR).

From 2006 to 2008, he was the Chairperson of the Food Standards Advisory Board (FSAB) whose core duties involved the making of regulations that control all food standards in Zimbabwe.  He also had the responsibility to make sure the regulations pertaining to food standards complied with the laws of Zimbabwe as well as international best practice as set out by the Food and Agricultural Organisation (FAO).  The Food Standards Advisory Board is a statutory body appointed by the Minister of Health and Child Welfare.

He chaired the Ministry’s Anti-Corruption Committee and worked very closely with the Zimbabwe Anti-Corruption Commission (ZACC).  He was also the chairperson of the Family Court of Zimbabwe Steering Committee.  He networked at a very high level with people in both the private and public sectors and well as the diplomatic community.  He led high level government delegations  to international conferences on human rights and intellectual property in Geneva, Switzerland, Melbourne, Australia and Mexico City in Mexico. 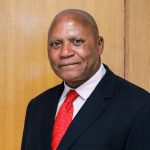 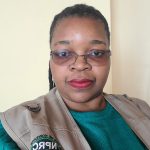