National Peace  and Reconciliation Commission (NPRC) conducted a one and half day training workshop in Harare from the 13th – 14th March 2020  for enumerators for  conflict mapping baseline survey in  Harare,  Manicaland, Mashonaland West, Mashonaland Central and Mashonaland East.  NPRC’s Research and Knowledge Management thematic area facilitated the training. The enumerators’ workshop looked at the various conflict epochs in Zimbabwe dating back to the 11th Century to the current post independent period.

The workshop aimed at equipping the enumerators with basic skills for collecting data for a baseline study. The enumerators’ workshop focused on the following;

The workshop indicated the following as objectives of the study;

Sub-objectives were also identified as the following; 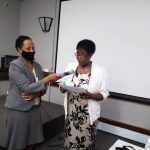 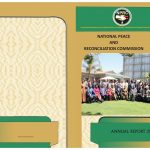