Preparations for a historic  NPRC  Conflict Mapping Baseline Survey are currently underway. NPRC is currently engaging stakeholders to gather views that will inform the forthcoming survey.  This week,three organisations have been engaged. These are NANGO, National Association of Youth Organisations (NAYO) and Women’s Coalition of Zimbabwe. Views are gathered on conflicts during the Precolonial Period, Colonial  period,   1884 Berlin Conference to 1930 period, Early African Resistance period (1931 to 1950s), Second Chimurenga Struggles ( 1950s to 1979) and the Post Independence period. 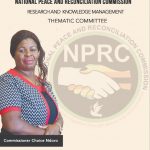 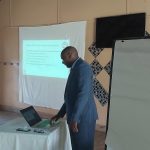 “Complaints Handling and Investigations was established to facilitate Healing and Reconciliation.” Commissioner Masunungure 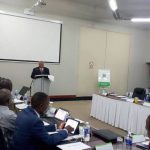